You are welcome to call our main number above or contact one of our senior leaders listed below.

If you are a candidate and would like to submit your confidential resume, please use resumes@rushandcompany.com. We will contact you if your qualifications match any of our current job searches.

Send us a message

Have a specific question? Submit the form below and we will get back with you as soon as possible.

Finding the best talent in the marketplace, who can take his clients’ businesses to the next level, and helping candidates advance their careers, is Rick’s greatest passion. From his colleagues at Rush & Company to his clients and candidates, his #1 goal every day is to help everyone in his orbit succeed.

Rick graduated from Virginia Commonwealth University with a B.S. Degree in Business and has been a member of the Pinnacle Society, the nation’s premier consortium of top recruiters in the direct placement industry since 1999. Rick lives in Charleston, South Carolina, with his wife Melissa, and enjoys high-octane sports such as kiteboarding, ultra-running, and competing in triathlons. 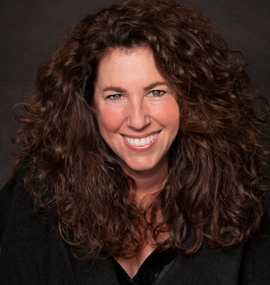 Melissa is a Senior Executive Search Consultant who has been part of the Textile and Interiors industry since 1984. With decades of experience in sales, marketing, production, and planning, she brings extensive real-world experience and connections to her executive searches.

Because she knows the pain of being understaffed, Melissa works for her clients with a sense of urgency and purpose. Her experience allows her to read between the lines of job descriptions to translate what clients really need into a quality search. Melissa loves nothing more than making a good match, and knowing the client and candidate will be successful together.

Melissa and her husband live in Charleston, South Carolina. She is an avid runner and a volunteer with the Chispa Project and Make-A-Wish Foundation. 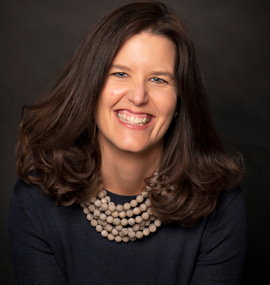 Ashley is a Senior Executive Recruiter who has more than 16 years of recruiting experience for some of the top brands in the apparel, footwear, bags, luggage, and textile industries. Ashley enjoys making connections and building relationships with clients and candidates. After one conversation, you may feel like you’ve known each other for years.

She loves knowing that she positively impacts candidates by helping them find better situations. Ashley is a patient and engaged listener, which allows her to find candidates who will make an immediate impact and help move the needle for the client.

Ashley earned a Bachelor of Business Administration in Marketing from James Madison University. She lives in Virginia with her husband, two children, and two dogs. In 2019 Ashley finished her second Half Ironman, and today she continues to train for future adventures.

Kimber McFadden is the Vice President for the Nonwovens and Industrial Textiles division of Rush & Company. Coming from a successful real estate career where she created and managed sales teams for custom home builders, in 2012, Kimber transferred her networking superpowers to the recruiting industry.

Kimber knows time is of the essence when it comes to finding the perfect candidate for a job, so she never wastes it. She is candid and straightforward, which makes her interactions efficient and highly effective. Kimber loves the fulfillment of a great placement for the candidate and the client.

Because she has such strong connections, Kimber is one of Rush & Company’s secret weapons in a niche market. She earned her Bachelor of Arts in French from the University of South Carolina and loves to spend time on the water and traveling.

Kristen is a Senior Executive Recruiter who brings nearly 30 years of experience in the textile and soft and hard goods market to Rush & Company. Kristen has served in executive roles at global textile trim manufacture YKK and Reliance Industries, and was principle designer for the Japanese Automotive Fabric Division at Milliken & Company.

With decades of experience in the industry, Kristen brings a wide network of connections and a true understanding of client needs. She is able to quickly identify qualified candidates and present them for consideration.

She earned a B.S. in Textile Design from Philadelphia University and a Master of Industrial Design from Pratt Institute. After stints in Greenville, South Carolina, New York City, and Seattle, Kristen and family settled in L.A. When she’s not working, she likes to cook, travel, ski, and hike.

Rob is a Senior Executive Recruiter with 28 years of experience in apparel manufacturing, product development, purchasing and sourcing, global sales, and eCommerce for mass channel,  mid-tier, and luxury retailers. He has worked with companies such as VF Corporation, Delta Apparel, and Spanx. Rob is experienced in all areas of branded, private label, and licensed apparel with product experience that ranges from intimate apparel, lounge and sleepwear, ready-to-wear, activewear, layering, and accessories.

Rob is relentless in his pursuit to find the right candidate for the client. He has a natural ability to sincerely gauge company culture and help the client find what they are genuinely looking for in an employee. Because he enjoys building relationships, as well as the hunt, Rob’s clients know they can trust him to go above and beyond with great enthusiasm.

Rob earned a B.S. in Business Administration from Auburn University. He is a master scuba diver and lives with his family in Atlanta. 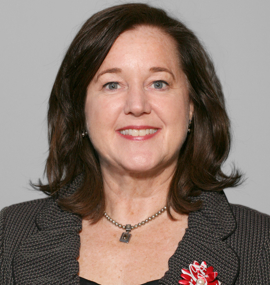 Holly Kilgore is a Senior Executive Recruiter who has more than 20 years in marketing, finance, sales, and general management. With decades of experience leading innovative projects for enterprises such as Coca-Cola, Bali, and Nabisco, Holly knows first-hand how important it is to have the right people on your team. Her natural curiosity about how things work combined with ninja-level listening skills allows her to help clients fine-tune their searches. Holly gets excited about a good mystery, so she is never happier than when she’s hunting for the perfect candidate. Described as crazy organized and creative with a keen sense of humor, Holly uses her superpowers to connect good people for relationships that will last.

Holly holds a BS in Healthcare Management from the University of Alabama, an MBA in Finance from Wake Forest University, and a PMP certification from the Project Management Institute. Holly believes any mountain is worth a hike up and a mountain bike down and keeps her creativity sharp as a poet and fused glass artist. 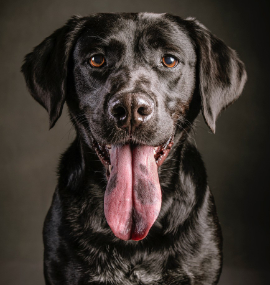 To tongue or not to tongue.  That, of course, is the question, posed with no apologies to the late great dog disliker and playwright William Shakespeare. Yes, it’s thought that The Bard of Avon was not that into dogs despite enjoying great comedic success with a dog as a character named Crab in his first play, The Two Gentlemen of Verona.

Things might have been different had he run across Ms. Sally, who could have easily handled a great many roles for him particularly those dealing with rejection as she was twice returned to the shelter from where she was sheltered until she was cast in her current role as a family dog.

Her past credits include some off-Broadway work as a rage-filled troubled youth, playing destructive characters known for ripping things off walls and dismembering TV remotes. Her performances were panned by the critics.

Her big break came when she rediscovered her roots as a mixed Labrador, working in summer stock and regional productions as a Tom Sawyer-like character who spends their day chasing birds, fishing, and swimming in the local Wando River and generally bringing joy to her family and co-workers at Rush & Company.